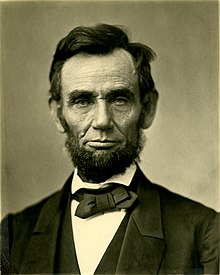 Keep It All In Perspective

Observing from whatever perch he is now sitting on and presumably looking down on what is going on now with his beloved Union, Abraham Lincoln, I'm certain, is weeping at this very moment.

Watching the gala opening circus in Washington D.C., known as the Impeachment Trial of Donald John Trump, 45th President of the United States, it's hard not to shed a tear or laugh out loud at the pretend solemnity of the occasion. The television ceremonies displayed today on Day One of this ongoing saga are interesting and fascinating but after a while it's like...meh! The politicians are in charge on both sides of the aisle so for sure boredom and repetition will now commence and partisanship will rear its ugly head.

First of all, Donald Trump is a facile liar, a manipulator, self-aggrandizing vain buffoon. But we elected him, through the Electoral College and not the popular vote to be sure, but we elected him. He is ours and we are responsible. We have nobody to blame but ourselves. Of course, there is a certain percentage of people, about 33%, a minority in this country, who think like Donald Trump that he is the Chosen One. Chosen for what I have no idea. So, President Trump does have a small group of deluded rabid supporters. Good for them, knock yourselves out. And there is another group of anarchists on the opposite end of the political spectrum who just want to just to tear all of the culture, laws, and systems in this country down and smashed to pieces just to see what happens. So there are pustules on both sides.

So, I think the best way to handle this Impeachment paraded out on most of the news channels is to look at the proceedings as pure entertainment. There are some of you will decry this attitude determined to believe that our very freedoms and pillars of self-governance are at stake at this very moment.
Have you read or retained any of your High School American History? Several times throughout our American History; Civil War, World War I, World War II, Joseph McCarthy, the Hippie Movement in the 60's, have shook our country’s' foundation to the core. But we survived all of that and we will survive all of this that is happening now. 100 years from now, President Johnson (Andrew Johnson,  February 24, 1868, for those of you who do not know,) President Clinton, and President Donald Trump impeachment proceedings will be ancient history. Like Pompeii all of the actors on the stage at this moment will then be frozen in time. An occasional reference will occur but all of our current drama and fury will be safely put away in the lockbox of time. Sealed away and forgotten making way for then current challenges in 2120. Solemn...serious...maybe for a moment but that quickly passes.

Okay, kiddies...pull out the popcorn, sugary sodas, warm comfortable seating and enjoy the show. It's about to begin next week. There will be mystery, terror, astonishment, and laughs galore.

Popular posts from this blog 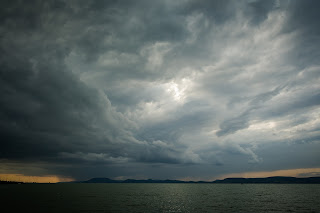 STORM MOVING IN 11:00am MST 3/9/20 The Dow is now down almost 2,000 points...in a single friggin day. The bottom has dropped out of the oil market. Corona confirmed cases at 111,400 and deaths at 3,842. States around the U.S. and the world declaring States of Emergency. Schools and Universities closing down. Fed may take us down to ZERO percent. Even the old men and women of the Congress considering shutting down for awhile. And on and on... This is nutso. What is going on? Is this God's retribution or just a lot of bad shit hitting all at once. All of us should not panic. I was going to say we should go about our every day business but that is becoming more difficult. We went yesterday to our local WalMart, we are here in southern Arizona, and there was crowds, pushing, cutting-off, grabbing for items with a vengeance, and just an overall bad attitude of most people in the store, even the cashiers. Major events where crowds of people gather are shutting do
Read more
March 16, 2020 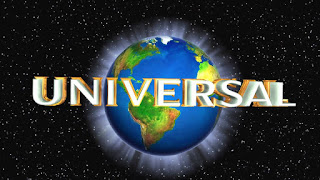 Right in the middle of today's White House Coronavirus briefing I saw this news bulletin that Universal, the studio not the theme park, was announcing that their new release films starting this Friday, will go directly to stream as well as theater. Well, since no more than 10 people can gather together in any venue and orders are out to specifically/temporarily close down movie theaters, the 10-person order is moot. Movie theaters are closed all over the U.S. So you couldn't see new films there if you wanted to. You will now buy the movie stream for all new films through various streaming services only. Okay, what does this mean? It means what has been looming on the horizon for awhile, the projection of movies in movie theaters is doomed, dying, and soon will be over. The other day, before the madness began, my wife and I saw in Walmart an eighty-two inch 4K monitor for under $700. Get a $150 Sound Bar and you have a great system. The other studios will follow
Read more
June 16, 2020 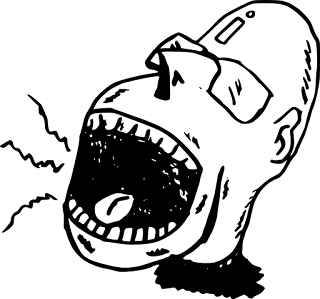 I get it. I really do. Sometimes you just wanna really scream. Scream at the top of your lungs in frustration, anger, and just because. Just when you thought that life was somewhat getting back to normal, there have been spikes of new Coronavirus cases in 21 states with some restaurants and other business closing down again. And yet, I get it. This highly contagious virus is killing people. As of this writing 116,000 deaths because of Covid-19 in the U.S. with an estimate of over 200,000 total expected by September. That is a lot of people. More than what kills people in traffic accidents per year and we are only five months into this pandemic. You are just going to have get used to this concept of ups and downs with getting back to normal. Normal is not for at least a year when we finally get a vaccine. But let me ask you a question...would you be the first in line for a vaccine? A vaccine that was hurriedly pushed through the testing process. Would you be a first adopter? I
Read more